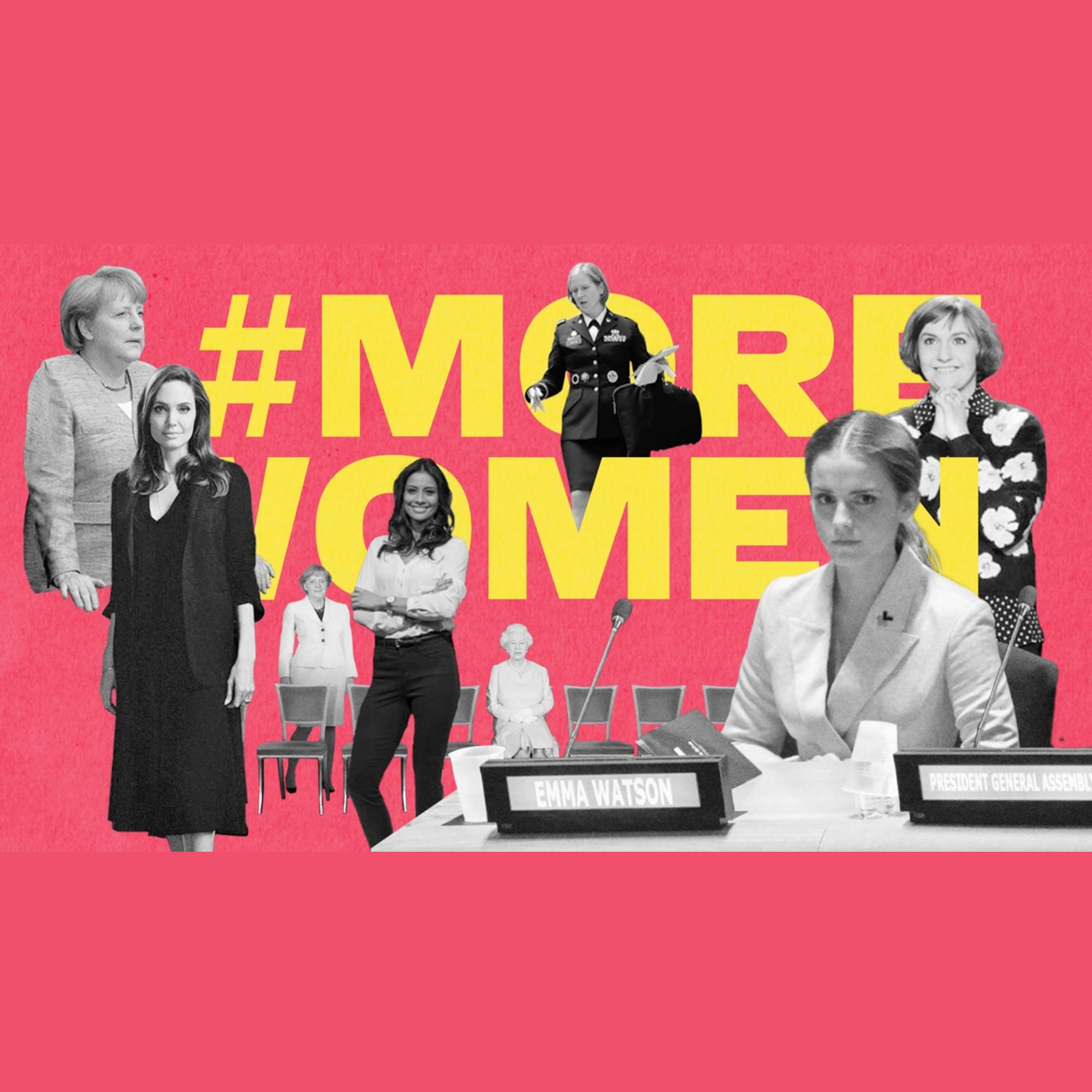 Women at The Top (or lack thereof)

Hillary Clinton has been in the news lately promoting and discussing her new book, What Happened. The book has gotten very mixed reviews, but regardless how you feel about Hillary, her face and her name are a stark reminder of one thing: a woman has never been president of the United States.

Thinking about this fact as I watched Hillary being interviewed on the Today Show, I recalled a video I saw circulating around Facebook a few years back. The video was produced by ELLE UK in 2015 as part of their #MOREWOMEN campaign:

Usually, it’s the women who are subjected to photoshopping and airbrushing (a topic for another day), but in this time it’s the men who are graced with the glorious eraser tool.

Despite the catchy music and bright aesthetic, the video is simultaneously empowering and chilling. While the women in the photos are strong role models and icons in their fields, they are still significantly outnumbered by men. And this issue is not only limited to the entertainment industry, and it does not have geographic boundaries. The video shows the crazy imbalance of men and women in international politics, military, and the news.

Women in US Government

This video was posted almost two full years ago, and it depicts a problem that still clearly persists today. In the United States, women are becoming increasingly present in politics, but are still an overwhelming minority. Only around 20% of the seats in both the House and the Senate are held by women. And women of color are even less represented, at only 7% and only one woman of color currently serves as governor (New Mexico’s Susana Martinez). Seriously?! There’s more fiber in my Raisin Bran than there are women in Congress.

At #98, the United States, a supposedly western and progressive country, barely even graces the top one hundred list of women in national parliaments. Number one is Rwanda, with a remarkable 61% of women serving in their lower congress. Bolivia has close to 50% in both their upper and lower legislatures. While only 30% serve in their higher Congress, it’s still a far shot better than the United States. Many developing countries rank above the US, including Nicaragua, Ethiopia, Mozambique, and Uganda. (You can check out a full list of country listings here).

To be fair, countries like Rwanda and Bolivia probably owe their governmental gender equality in part to legislated gender quotas, or laws that dictate a certain amount of women must be represented in government. Though 128 countries to impose gender quotas, the United States is not one of them.

Honestly, I can’t say I’ve heard too much buzz suggesting the enforcement of gender quotas in the United States, but something tells me they would not be very well supported. Personally, I think well-designed quotas could be a useful tool to help women overcome the significant hurdles that continue to stand in the way of progress in today’s political scene. I wish that society was progressive enough to correct this gender imbalance on its own, but unfortunately I just don’t think we are there yet. However, considering the backlash to measures like Affirmative Action, I’m very doubtful the American public would be very fond of gender quotas.

What do you think about the lack of women representation in government and in other fields? Why do you think this happens, and what can we do about it? Strong female politicians and leaders like Hillary Clinton, Ruth Bader Ginsberg, Nancy Pelosi, Kamala Harris and many others show us that women are up to the task, we just need more of them! Let me know what you think in the comments below!